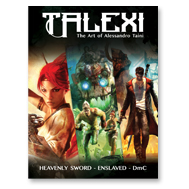 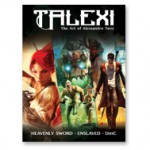 Italian artist Alessandro “Talexi” Taini is responsible for designing some of the most memorable and imaginative video-game characters and environments of the last 15 years. While at the acclaimed UK-based game developer Ninja Theory, he was instrumental in creating the overall look and feel of the fantasy adventure games Heavenly Sword, Enslaved: Odyssey to the West, Dmc: Devil May Cry, and Hellblade, which together sold millions of copies worldwide. This is the first book to feature his magnificent concept art, which is sure to thrill gamers and appeal to fans of fine art as well, with incredibly lifelike paintings that pay homage to master painters Caravaggio and Rembrandt, with additional inspiration drawn from the mythological work of Bouguereau and Frazetta.