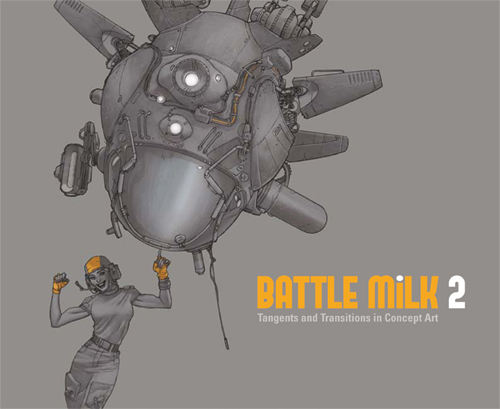 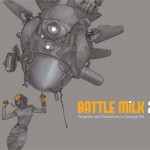 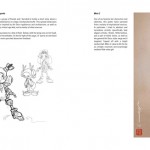 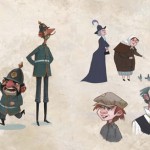 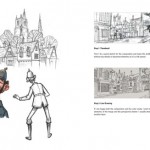 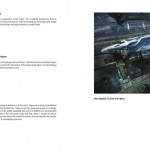 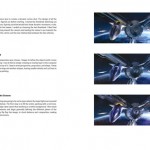 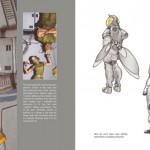 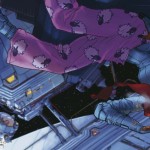 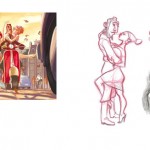 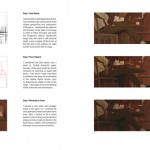 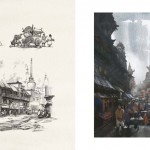 BATTLE MiLK 2 is the latest collection from several San Francisco based animation professionals featuring personal works and original concept designs. Inside are over 120 pages of full color imagery incorporating a wide variety of approaches, styles and subject matter. Everything from traditional pen and ink to miniature photography to cutting edge digital painting can be found as new worlds and ideas are explored. Each artist provides a step by step guide to their creative process, from inspiration to techniques for realizing their ideas. Fans of all styles of imaginative design and illustration will find plenty to enjoy in this eclectic volume.

Wayne Lo was born on the East Coast, raised in California, saved in Cupertino, nurtured in Berkeley, rewired in Beijing, rebooted in Taiwan, shrunken-headed at San Jose State, discombobulated on Kerner Blvd. and jury-rigged into a VFX concept artist. There he cursed pirates, skinned werewolves, skewered vampires, thawed Neverland and got cluster-f*@ked on Iwo Jima. After about six years with the Industrial Light and Magic art department, he moved on to art direct Factor 5’s PS3 title Lair. Since then he has been creating artwork for Lucasfilm’s Star Wars: The Clone Wars.

David Le Merrer was born in Paris where he grew up and later studied graphic design at ESAG met de Penninghen. After getting his degree he spent a few years in the UK creating art for video games. But after a while he grew tired of the rain and in 2005 the road took him to Northern California where he ended up in another video game company. Now he is working at Lucasfilm on the Star Wars: Clone Wars animated television show where he met all these crazy folks and decided to join the Battle Milk team.

Thang Le was born and raised in Southern California. The youngest boy of seven children, he spent his childhood reading comics, watching movies, and playing video games. After high school, he moved to Pasadena where he attended the Art Center College of Design, majoring in transportation design. Prior to graduating, he decided to switch his focus to entertainment design. After receiving his degree, he began working in commercials, video games, and film. This eventually led to an opportunity to relocate and work on the Star Wars: The Clone Warsanimated television show and film. After several years at Lucasfilm, he decided to move back to Southern California to pursue other creative endeavors.

It’s hard for Kilian Plunkett to believe that, growing up in Dublin, Ireland, he would one day end up gainfully employed drawing and painting the kind of robots, monsters, spaceships, heroes and villains that occupied so many of his waking hours as a pale young geek. He moved to the US in the early ‘nineties when the chance to work as a professional comic artist came along. Comics taught him the value of learning to draw as broad a range of subjects and settings as he could. He worked almost exclusively as a comic artist until 2005, when an opportunity arose to be part of the team at Lucasfilm’s new Animation division. He’s been there ever since, learning everything all over again.

Le Tang has spent most of his years in Southern California, but woke up from a stupor one day to find himself living in the Bay Area. He studied animation and studio arts in Southern California, but on the job is where the real education started. His career so far has been short-lived, ranging from being an animator on small traditional animation projects to a story artist on the 3-D television show Star Wars: The Clone Wars. Be it short, it has still been sweet. Now he’s gonna cross his fingers, knock on wood, and hope his good fortune keeps up.

Jackson Sze has always liked to draw and paint. His passion grew as he was exposed to video games, cartoons, and movies. Creating worlds is infinitely exciting. Thankfully his parents were always supportive of his passions. He studied illustration at Art Center College of Design with an emphasis in entertainment arts. Since leaving school, he has worked in advertising, video games, television, and film. With luck, he was brought into Lucasfilm Animation where he eventually worked on Star Wars: The Clone Wars. Now he is back in Los Angeles, teaching and freelancing for games and films.